Not only does using one make cleaning up easier, but it also prevents STIs 2 and urinary tract infections – both of which could really ruin a good time!

There’s something which is far more important than which condom you choose. It is how you use it.

Sound good? Great! Let’s take a look at some of…

Lelo claim to have re-engineered the condom with this revolutionary hexagon-based design. And it’s true; the Lelo Hex Original Condom does look rather unique.

Rather than being made from a single sheet of latex, this condom is made from a series of interlocking panels – a bit like scales.

Don’t worry, though – the Hex doesn’t look as weird as it sounds.

In fact the latex is actually a lot clearer than most condoms, meaning that it’s almost invisible once it’s on.

It’s also thinner, which means more sensation, and a better transference of body heat between partners.

Thinner doesn’t mean weaker. In fact the Hex is strong and stretchy – although some users report that this stretchiness means it grips a little too tight for comfort around the base.

These condoms also aren’t suitable for latex allergy sufferers; unique as they are, they’re still made from latex.

On top of that, Hex condoms come with unscented lube. This is every bit as smooth and slick as normal lube, but minus that “condom” smell.

This neutral scent can really add to the feeling of there being no barrier at all.

SKYN are one of few companies to have made a premium, tasteful, sensitive non-latex condom.

That’s great news for anyone with an allergy, but also for everyone else as well; rubber has much better temperature-conducting properties than latex, and so these condoms feel superb as far as body heat goes.

These SKYN condoms are generously lubricated.

On the downside, you may notice an unusual smell to these condoms.

It’s not offensive, and it’s certainly less pungent than the latex scent that comes with most condoms… but it may not be to your tastes.

These are also slightly more expensive. This is not surprising as non-latex condoms often cost more than latex ones.

It’s up to you to decide if the superb lubrication, natural feel, and safety are worth the extra pennies.

These Trojan Sensitivity Bareskin Thin Condoms are sold on the basis of their thinness and sensitivity.

Trojan, is a US based company that has been appreciated by the customers for the quality of the condoms they produce.

BareSkin condoms are 40% thinner than the original Trojan’s condoms. If you’re looking to increase the sensation you feel while still staying safe, these might be the condom for you.

One downside to these otherwise-excellent rubbers is their snugness. Not only are they a little tight at the base, they also have a very small reservoir tip.

This can make it tricky to position them correctly, and make them feel odd if you’re used to condoms with a bigger tip.

These condoms are, just like Hex, made from latex. If you’re new to using condoms do exercise caution; some people are allergic to this stretchy material.

Factors you need to consider

However, worrying about the possibility of a condom breaking is a distraction you don’t need while you’re trying to get down and dirty!

As such you should pick a brand you trust, and that you’re familiar with.

But that’s not the only thing to consider. The amount of sensation you feel is also important. For that you’ll want to consider the thickness of your condom.

Thin condoms generally offer more sensation, and non-latex condoms are better at conducting temperature, so go for these if you want to feel more.

If you don’t use enough of it (or you use the wrong kind) you could end up breaking a condom, or even leaving your partner sore and uncomfortable.

That’s definitely not what we want!

Here’s the deal: most lubes are water-based. That’s normally a good thing, since water-based lube works with any condom and any toy.

The one thing you definitely want to avoid is oil-based lubes. Why? Well, oil-based lubes aren’t good for condoms of any type and can cause them to degrade and split.

Getting the right size

That means not so tight that it’s difficult to roll on, or uncomfortable when it’s in place… but not so loose that it moves when in use.

The right condom will feel secure, without feeling as though it cuts off the blood supply. It’ll be snug at the tip (without excess length hanging off you), and comfortable at the base (no pinching).

Oh, and it should reach all the way down to the base of your shaft, too – a condom that only goes halfway down is likely to slip off during sex.

But that’s not all. While we’re talking about condoms we’ll also recommend some protection for your hands.

They’re also great for applying lube – remove the glove once you’re done with the slippery stuff and you’ll find it much easier to open condoms and do other fiddly things.

Finger cots are like individual little gloves for each of your fingers. They come in big packs and are super inexpensive.

Slip one on before starting and slip it off when you’re done – simple. Finger cots keep everything clean, without having to pull on a full glove.

Condoms aren’t just a way of looking after your sexual health.

It’s worth taking the time to experiment and find the right condom for you. 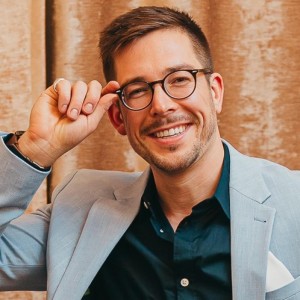 Adult Content Warning:  The contents of this site  are designed for adults only and include elements that some users may find offensive. If you are under the age of 18 or can be easily offended, please exit the site now.