The Magic Wand is renowned for its super-strong vibrations inducing fast n furious orgasms of mind-melting proportions. But that’s just the tip of the magical ice-berg.

But before we get into the attachment details…

What is a Magic Wand?

There are magic wands, and then there is THE Magic Wand.

The Magic Wand Original (formerly called the Hitachi Magic Wand) has been pleasuring people for more than 50 years. A true testament of its power!

The popularity of the Hitachi wand spurred a massive rise of wand style vibrators in all shapes and sizes.

While variety is the spice of life, it does mean you have to be careful when choosing your magic wand attachments. Make sure they fit your particular model of magic!

This smooth, sleek n silicone probe is curved to direct the magic wand’s power straight to your G-spot.

The ‘arm’ is the good combo of firm but flexible. So, it reaches your hotspots with the right amount of pressure and still moves with your body.

If the internal vibration isn’t enough to get you off, then the row of nubs on the attachment base rubbing on your clit should help.

This is one of Lovehoney’s best selling magic wand attachments. It’s so good users have said it should come with a squirt warning!

So, if you have another magic wand model, you might have trouble fitting it on the head.

They are handcrafted from premium grade single-density silicone and come in different cosmic inspired patterns and colors.

However, you can always get an extra half-inch with the Gee Whizzard.

It also has a more textured cap, which is great for mutual magic!

The Euphoria attachment fits most standard wands, including the Magic Wand Original.

If it seems a bit tight to get on, you can use a little lube to slip it on your wand.

It features two ‘petals’ with curved tips made from velvety soft silicone.

The larger petal with an insertable length of 5”, reaches your G-spot and the exaggerated curves tickle and tease your insides!

When it’s inserted, the smaller petal is pushed up against your clit. It’s worth noting that both petals carry the vibrations, so you get full vibration impact both externally and internally.

All I would say is, that it might be nice if those petals had a few ridges or a little extra texture for even more internal pleasure. But if you prefer the smooth touch, this is your gal!

It might be aesthetically challenged, but the Flutter Tip pleases in other ways…bysimulating a lapping tongue.

The wand’s vibrations send the flexible silicone fin fluttering against your clit. And if you add in lots of lube, it’ll feel even more like a real wet oral experience.

You can also focus the flickering fin on other sensitive parts of the body, like your nipples or the tip of a penis.

The only downside to this particular attachment is the extra noise that comes with the flapping. BUT you’ll likely be moaning too loudly to notice anyway!

The Flutter Tip should fit a standard sized magic wand, but if in doubt, measure the head. This cap has a circumference of 7”.

Now, this magic wand attachment by Wand Essentials takes the oral fun of the previous model and adds penetration to it for some dual stimulation.

You get the velvety soft silicone cap with a perfectly placed fluttering tip which acts as a clitoral stimulator.

And, just like the Euphoria attachment, both extensions of the Fluttering Kiss carry the vibrations, so no magic lost along the way.

The cap opening measures 2.25” in diameter which makes it a perfect fit for most standard wands, including the Magic Wand Original.

It kind of looks like a fat thumb… it’s like a little vibrating hitchhiker headed straight for your G-spot! But it is that bulbous shape that lets it press directly into your hotspot with ease.

The other notable design detail here are the raised bumps on the cap, which give you some extra clitoral sensations.

It is compatible with BodyWand’s own Rechargeable Wand and their Compact Midnight massagers.

But it should also fit other brands as long as the head of the massager measures 1.5″ across.

I think the name is a little misleading though…you’re not really getting ‘beads’ as such.

It’s made from super smooth and seamless silicone too, so easy to insert and more importantly, easy to sanitize!

Just as the previous attachment, this one will fit BodyWands and the massagers with a 1.5-inch wide head.

Best attachment for men to use

Magic Wands are often seen as a sex toy for women, but direct those vibrations to your balls and you’ll soon see what all the fuss is about.

Or, even better, get yourself a male masturbator attachment like the Hummer from Lovehoney.

This stretchy cock sleeve is ribbed for extra stimulation. And the soft, squishy material will let you feel the full force of the wand’s vibrations.

Talking about the material though…

It is made from TPE which is.not the best. It is phthalate-free, but it’s still porous which means it’s impossible to sanitize.

Just something to keep in mind, especially if you’re sharing the wand attachment with a partner.

Now, the other thing is male members come in all shapes and sizes. So, if you are a large fella, then you might find this a tight fit.

But for the average sized dude, lube up, ease yourself in and feel the buzz!

Oh, and on the subject of size, this male masturbator attachment should fit onto any wand with a 7” circumference head.

Brief History of The Magic Wand

And for the next 40 years the company kind of just ignored the fact that their product was the biggest selling sex toy of all time!

That’s when Vibratex stepped in and asked if they could continue to import the product but without the Hitachi name. They rebranded and made some technical improvements and the ‘Magic Wand Original’ was born.

They have now also produced the Rechargeable Magic Wand Original giving you the same vibrations but cordless.

So, what do you need to look out for when buying attachments for this magical wand?

Some wands have their own specially designed attachments that fit only that massager. So, measure the head of your wand to make sure the attachment is compatible.

Also, consider what you want your attachment to do…

Are you playing solo or with a partner?

Do you want more external sensations, internal stimulation, or a mixture of both?

Also, some attachments are only suitable for certain positions and sexual activity.

For example, an attachment with an insertable AND an external stimulator may limit you in terms of positions. Whereas, a single probe attachment gives more flexibility.

Whether you’re rubbing or inserting, pay attention to the material your magic wand attachment is made of.

Silicone is best for the very fact that it’s body-safe, super easy to clean, and to SANITIZE.

Beware the Fake Imitations Of The Magic Wand

If you are shopping for the Magic Wand Original, beware the replicas. Fake wands are hard to spot as they LOOK really similar in design and packaging.

But what you actually get is something far inferior.

Counterfeit Magic Wands are less powerful, less durable, and can be downright dangerous. There have been incidents of fake magic wands exploding!

So, how can you be sure you’re getting the real deal?

Well, firstly, stick to a trusted seller. Avoid Amazon- as it’s notorious for knock-offs. The Magic Wand Original website has a list of trusted sellers.

Secondly, consider the price. Magic Wand Originals retail at around $64. If you find a ‘bargain’ with a price that seems too good to be true, then it probably is.

The other way is by looking at the on-off switch.

Whereas, many of the fake wands have an oval-shaped plate.

Magic wand vibrators are powerful, sure, but you likely won’t be using them long enough to experience any loss of sensitivity.

For the majority of users, it takes just a few minutes to reach orgasm. So little chance of damaging your lady-bits.

If you were to overuse it on full-whack, you might develop a higher tolerance to the vibration but it won’t be permanent. Just take a break and sensitivity will return to normal.

How To Clean & Care For Attachments

As with any sex toy, your magic wand attachments deserve some TLC to ensure they can please you for years to come and keep your body happy and healthy too!

You can clean most wand attachments with warm water and mild soap or a sex toy cleaner.

If your attachment is made from silicone, you can sterilize it by popping it into a pot of boiling water for a few minutes. Just be sure to check the cleaning advice of your specific toy.

Oh and one important cleaning tip…

If you’re sharing a wand with a partner that you’re not fluid-bonded with yet, it’s a good idea to have your own separate attachments.

That way, you avoid the swapping of any unwanted nastiness such as STIs but can both enjoy the ways of the wand! 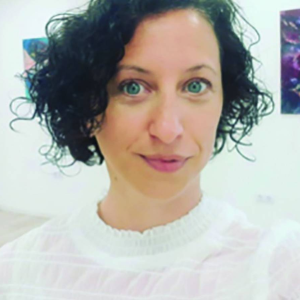 Read our manifesto to understand what we stand for, how we research our guides, and are able to stay unbiased & honest.

Naughty Ones are open-minded, sex-positive individuals & couples who believe that their bodies are meant to be enjoyed and explored. Learn More

Please log in again. The login page will open in a new tab. After logging in you can close it and return to this page.